A major focus of our lab is to understand the molecular mechanisms underlying the link between the gut microbiota and cardiometabolic diseases. We hypothesize that communication between the microbiota and host is largely mediated by metabolites that are produced, or modified, by the gut microbiota. Our approach is to first identify microbial metabolites of interest by performing untargeted or targeted metabolomics in human population cohorts or mice. We then use a variety of techniques and models – including genetically modified germ-free and conventional mice, bioreactors, primary cell cultures, and gut organoids – to determine whether the metabolites are causally linked to disease.

To date, our lab has focused on two types of microbially produced metabolites: bile acids and the amino acid-derived metabolite imidazole propionate. 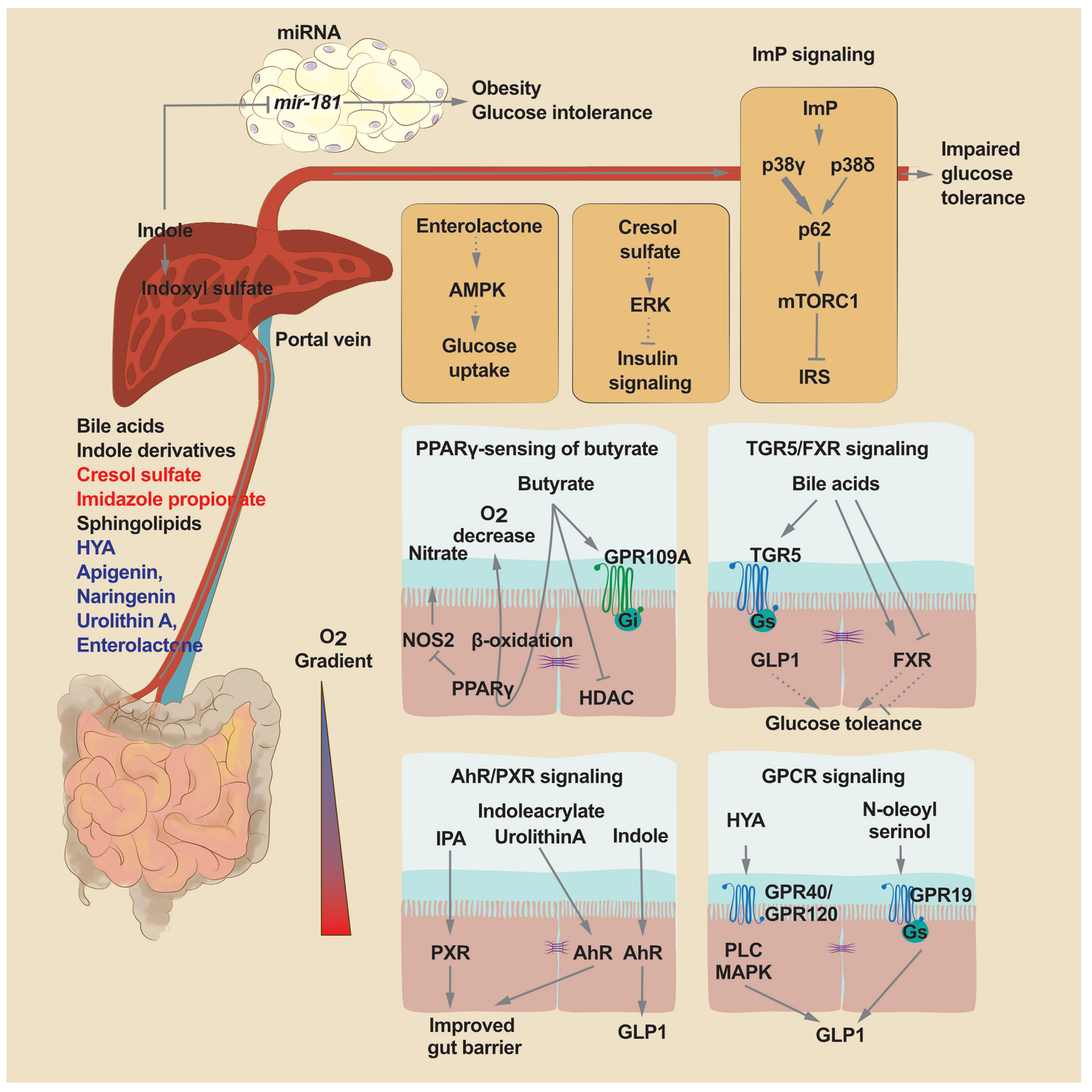 This illustrates the mechanism by which microbial metabolites affect health and diseases.
From the review article From association to causality: the role of the gut microbiota and its functional products on host metabolism, Molecular Cell (2020).

Although our lab is focusing on the microbially produced metabolites bile acids and imidazole propionate, it is highly likely that there are other as yet unknown microbially produced, or modified, metabolites that can contribute to cardiometabolic diseases. A major challenge will be to identify them and determine their relative impact on disease progression.