The gut microbiota in prediabetes and diabetes: A population-based cross-sectional study 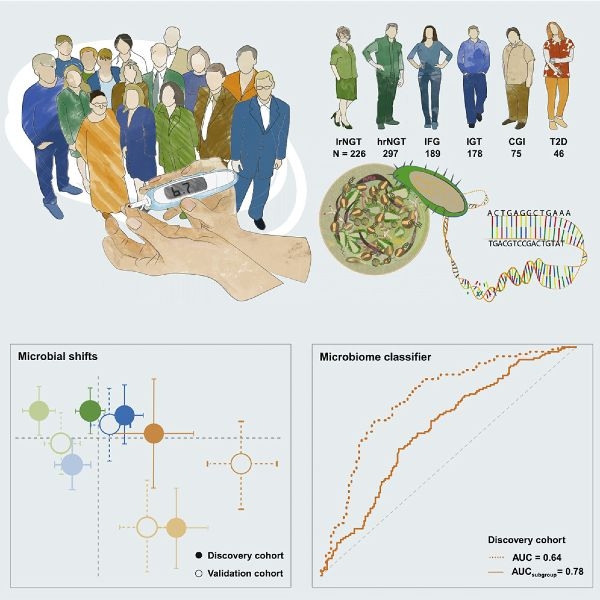 After a lot of discussion in the community Tony and Valentina in our group demonstrated that microbiota is altered in metformin-naïve type 2 diabetes patients and that the microbiota can be used to identify individuals with prediabetes and diabetes.

The gut microbiota is altered in metabolic diseases such as type 2 diabetes (T2D). However, the anti-diabetic drug metformin is known to affect the gut microbial ecology, which might have influenced earlier results. Researchers at the University of Gothenburg analyzed the microbiota in two cohorts of Swedish subjects grouped according to their glycemic status (ranging from normal glucose tolerance to diabetes-treatment-naive T2D). They showed that the gut microbiota covaried with impaired glucose tolerance, combined glucose intolerance, and T2D, independent of metformin or other treatments. The abundance of potentially beneficial butyrate-producing bacteria was reduced both in prediabetes and T2D groups. These findings suggest that the gut microbiota could potentially be targeted in novel approaches to prevent the development of T2D.